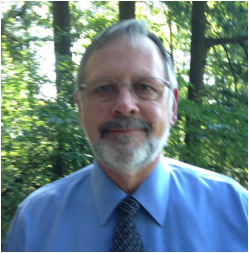 Chris is a native Washingtonian who was born and raised in the Seattle area.  He received his B.A. degree from the University of Washington and his law degree from Willamette University in 1974.  After law school he worked as a Deputy Prosecuting Attorney in Clark County before returning to Seattle to open his own law practice.

Since beginning his practice in 1976, Chris has distinguished himself as a tenacious and highly respected trial lawyer.  Noted for his preparedness, professionalism and courtesy, he has twice earned a place on the list of top twenty trial lawyers named by Washington judges in a poll conducted by the publication "Washington Law." His success in the area of DUI defense led to his early reputation as THE Washington DUI attorney, and to his popularity as a practice seminar speaker on the topic of DUI  courtroom tactics. It is a testimony to Chris' expertise in this specialty area that he has been asked to provide DUI training for police officers in several counties and municipalities where he has prevailed at trial.

Chris is a long-time member of the Washington Association of Criminal Defense Lawyers, the Washington Foundation for Criminal Justice, and a founding member, in 1995, of the National College for DUI Defense. As one of his clients noted on AVVO, an independent website reviewing attorneys and other professionals, Chris is "the BEST DUI attorney in the State; you cannot get much better than this man."

In his spare time, Chris is an avid sportsman, enjoying hunting and fishing throughout the Pacific Northwest.